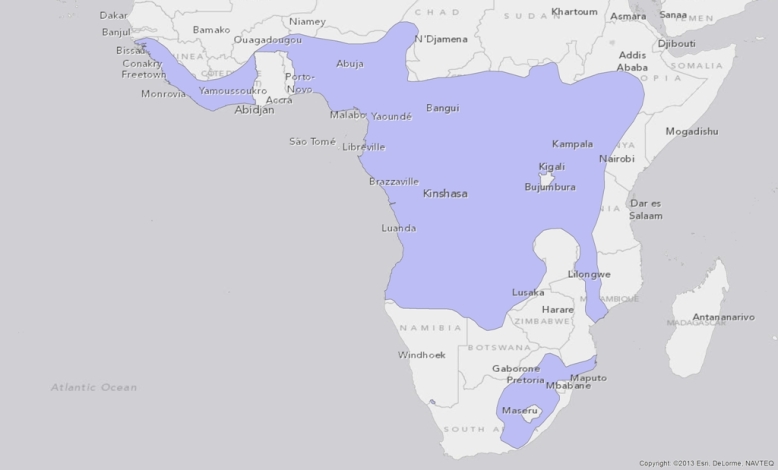 The spotted-necked otter is easily recognised thanks to the distinctive white patches on its upper lips and/or neck. Not all individuals show lip markings or a spotted neck with some exhibiting just a few neck flecks or none at all. Unlike the two other sympatric African species, the spotted-necked otter is slim and has webbed paws, reduced whiskers and is diurnal in some areas. It specialises in hunting fish by sight in clear, deeper and flowing waters. This otter will also prey on frogs, crabs and small water birds and is more aquatic than the other African species. If there is enough prey, it will form large, social, all male or juvenile groups; two females with cubs have been known to form loose packs using the same core area simultaneously. It is famous for its strong inclination to play and has been seen playing with other otters and alone; the cubs are very dependant and may stay with the mother for up to two years. Introduced fish species, such as the Nile perch, are a thought to be a threat to the spotted-necked otter because they tend to be too large and fast for the otter to catch and, being more aggressive, are pushing the smaller, local species to the brink of extinction, potentially leading to a decrease in the otters’ preferred food supply.

Nicole Duplaix is chair of the IUCN-SSC Otter Specialist Group and has dedicated her life to otters and enjoyed every minute of it!